Honorary Membership is awarded once every four years on the occasion of IUCN’s World Conservation Congress to recognize outstanding services to the conservation of nature and natural resources and exceptional contributions to furthering the goals of the Union. The award which consists of a certificate and a citation was created at the founding of IUCN in 1948 and as you will see here, there have been many distinguished recipients in the past.

Honorary Membership of IUCN will be awarded when the Congress meets in 2021, to the outstanding individuals.

Council at its 98th Meeting in February 2020, on the recommendation of the Awards Jury, decided to recommend the following individuals to the World Conservation Congress for the conferral of Honorary Membership: 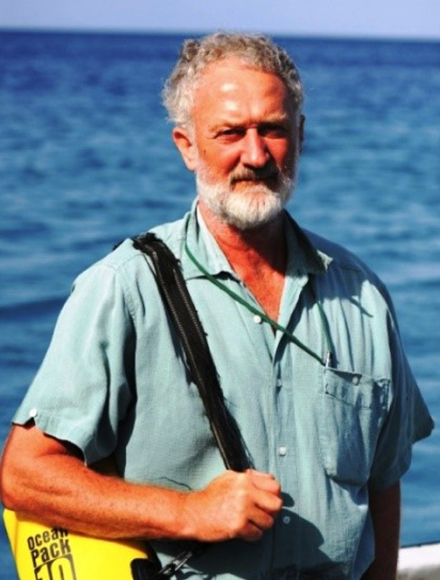 Known to most of the Pacific conservation community as “Dick”,  he is well known for his pioneering work, knowledge, leadership and publications in diverse areas including Pacific Island birdlife and palms, wildlife management and protection of endangered species; tropical forest and mangrove ecology; national park and protected area management; invasive species management; environmental and nature education; and environmental impact assessment and governance in virtually all Pacific Island countries and territories, as well as in much of tropical Southeast Asia.

During his career, Dr Dick Watling has produced the first illustrated nature book for kids, the definitive field guides and scholarly works on palms and Pacific Island birds, including fold-out map-like field guides for the birds of Fiji, Samoa and Tonga; established the first bona fide, and by far the most active, locally based and locally rooted environmental consulting practice in the region; spearheaded the establishment of Fiji’s first and only national park, the Sigatoka Sand Dunes National Park; established, by far the most successful national environmental NGO in the Pacific Islands, NatureFiji-MareqetiViti; and, perhaps, most importantly, has mentored many of the most active and successful young environmentalists in the Pacific, many of whom have been recognised internationally, in their own right, for their contributions.

Well, I have to start by saying this nomination is a surprise, but certainly a pleasant surprise, and I accept it with gratitude, and with humility. I add with humility, because I know well that my professional life here in Fiji, has been dedicated to my wider environmental consultancy rather than to conservation, which is where I always thought it would be.